Being "Mom"
By CJ of  Don't Lick The Ferrets...and other mom-isms I never thought I'd hear myself say!
I am thirty-four years old.  Between my four children, I have accumulated nearly twenty four years of parenting.
I have a fourteen year old biological son.
I have a six and a half year old adopted daughter with Down syndrome.
I have experienced a failed adoption after raising a little girl for over two and a half years.
I have a five month old biological daughter.
And you know what?  Only NOW do I get it.  Only NOW do I feel I am a relatively "smart" parent who is capable of following her own instincts. 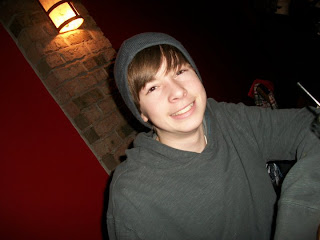 I was nineteen years old when I had my son.  I used disposable diapers.  I fed him formula after a mere six weeks of attempting to breast feed.  I returned to my college classes three days after his  birth, leaving my son to be cared for by someone else.  I vaccinated him on his pediatrician's schedule and never asked a single question.  I did what his doctor told me to do.  I did what my mother told me to do.  I didn't think for myself.  I didn't think for my son.    Eventually, his residential custody was transferred to his father and I maintained joint legal custody.   I moved him too often.  I allowed him to be cared for by someone else more frequently than I should have.  I shared portions of my life on the Internet that I should have protected more carefully.  His father and I co-parent our child relatively well together.  However, I feel as if I have failed my son.  But my son taught me what it felt like to love another human being more than I could have ever imagined.  He taught me how to love unconditionally.  He made me realize I would lay my own life down in order to save his. 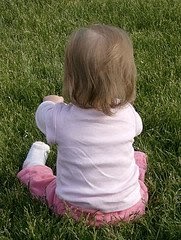 When my first daughter was placed in my arms, she was four weeks old and weighed just over four pounds.  She had been born six weeks early and had Down syndrome.  Her birth mother provided me with two coolers full of breast milk and I learned the importance of liquid gold.  I took her home.  I attempted to induce lactation.  I fed her with a supplemental feeding system.  She slept in a three-sided co-sleeper next to my bed.  I practiced kangaroo care and babywearing with her.  We were attached at the hip.  She was a mommy's girl.  Even with her special needs, she was growing and developing beyond what anyone expected of her.  She was smart, well adjusted and attached.  She was just over a year and a half years old when my (now ex) husband had an affair with one of her in-home therapists and her adoption plan was terminated due to "an unstable marriage."  Although it was her birth parents' wishes, the adoption agency she was placed by did not allow single parent adoptions.  My first daughter was carried out of my home, signing and saying, "I love you mom!" and I would not see her again for nearly two years.  Raising her taught me about attachment parenting, the pain of loss and just how strong I really was. 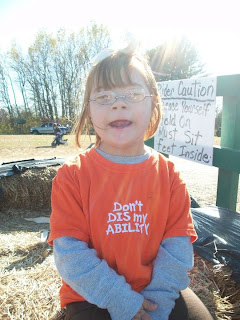 A few weeks after my first daughter came home, a second daughter followed.  She also had Down syndrome and was fifteen months old.  She was no longer on a bottle.  She self-fed.  She was crawling.  She slept in her own room, in a crib.  She didn't NEED me the way my younger daughter did.  I began cloth diapering both the girls.  I balanced a steady schedule of various therapists and doctor appointments.  I began teaching both the girls sign language.  I continued vaccinating as I was told to.  I worked at bonding with this daughter with everything I had in me.  She was older.  She had travelled a rough road, emotionally, medically and socially.  I was a stay at home mom and every moment of my life revolved around my kids.  And somehow, I failed this daughter.  While both my son and other daughter claimed their own security blankets, this one wouldn't attach to anything.  Ever.  Although she is incredibly intelligent, she has a slew of behavioral problems.   She will go with a stranger as willingly as she'll go with a parent.  She is rough with animals.  She hits, kicks, spits and throws herself on the floor at school.  I know WHERE the behaviors stem from, but my hands are tied in dealing with them.  She has two divorced parents, two step parents, two completely different sets of household rules and two entirely different sets of expectations.  Her father and I have no co-parenting relationship (not for lack of trying on my part.)  I parent her to the best of my ability, but no amount of attachment parenting has broken through to her.  Being her mom has shown me my limitations and made me realize that even moms are only human. 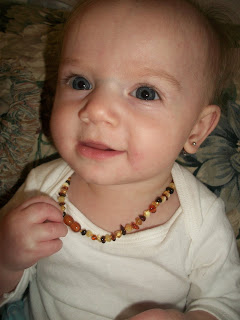 Five months ago, I gave birth to my second biological child, a girl.  The influences which were present when my son was small are no longer a part of my life.  When I need to make a decision regarding my daughter's care, my partner and I research the available options, search our hearts and make the best decision we can for our child.  She is cloth diapered.  She is breast fed and receives a few bottles of donated breast milk per day (I am post reduction and my milk is not fatty enough for her).  She sleeps within arm's reach.  She goes to work with me.  She has spent maybe six hours away from both her parents in her entire five months of life.  She has never been in a stroller because we practice baby wearing.  She is my attached child.  We do not let her cry it out or leave her to her own free-range devices.  She has taught me that I am a good parent, regardless of how my story looks on paper.

Each of my kids is doing as well as can be expected for each of their circumstances and I continue to parent each one as well as I can with regards to each of their situations.  My son is not happy with his living arrangements, but he's dealing with it.  My first daughter is doing remarkably well in her adoptive family and her mother and I are close friends.  My second daughter is a work in progress and does as well as she can do, all things considered.  My youngest child is the happiest, most attached baby I've ever known.  She is the child that has benefitted from all the mistakes I made with my other kids.  She will reap the rewards of my growth as a parent as well as the educational and emotional growth I have undergone throughout the years.
So what have I learned throughout my parenting journey?
Decisions should be made with equal parts of "heart" and education.  Mom's instincts are rarely wrong, if ever.

The best thing I can do for my children is to bond with them as strongly as possible, whether they are five months or fourteen years old.  Bonding is a lifelong process, not something we only do in infancy.
The dishes can wait, the laundry can sit and nothing on my calendar is as important as spending quality time with my children.

Breastfeeding NOW is worth the three months of challenges we had, even with my milk coming in late, a low supply, twenty-four hour pumping schedules, taking forty-seven pills a day and using a pain-in-the-butt supplemental feeder.  No matter how hard it was, all of that is worth the relationship we have now.

Cloth diapers are cuter, more environmentally friendly and much kinder to my baby's skin.
Using donor milk doesn't mean I'm a failure as a breastfeeding mother, it means I can STILL provide my daughter with the best nutrition possible, even if it comes from another mom.

Your child is never too old to be hugged or told you love them.
Sometimes the "worst" child needs to be loved the most.
As long as I tend to their hearts, and follow my own, we'll do just  fine.
That's what twenty-four years of parenting has taught me.


CJ has been blogging at various urls for over twelve years now.  She and her partner Ash live in the midwestern US with their infant daughter and CJ's two older children.  CJ is a two-time bio mom, a one-time adoptive mom and heart-mom to a little girl she lost due to a failed adoption.  Her parenting style is closest to AP, but she is far from crunchy!
In short, she's just your typical gay 30-something mother (now lactating) with some kids, a beagle and a life story that Lifetime would kill to get their hands on!
She blogs (almost) daily at Don't Lick The Ferrets...and other mom-isms I never thought I'd hear myself say!
--

Promote Your Page Too

Rockin' Momma
I'm a mom a gamer a task juggler.. however being a wife and mother does not define me as a person it is merely an extension of what I have to give and the people I chose to give to.